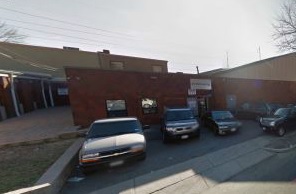 A small manufacturer of push brooms and brushes hopes to boost its workforce by nearly sixfold to 35 people in a $4.5-million project set for Huntington Station.

Gov. Andrew M. Cuomo is expected Friday to announce that Super Sweep Inc. will expand on Long Island, where it was founded in 1998, rather than out of state.

The business will receive up to $200,000 in state tax credits over 10 years if it hires 29 people and maintains the jobs of six current employees, according to Howard Zemsky, Cuomo’s economic development czar.

Margolin said he had considered moving Super Sweep to a state with lower costs, such as Tennessee, “but we really wanted to stay in New York and just needed a little help.”

He and his wife, stepson, daughter and brother are all involved in Super Sweep and a related roofing business, FMS Industries Inc. Margolin said he invented the sturdy push broom with an aluminum handle in the mid-1990s after a new, wooden-handled broom broke as he was cleaning up after a roofing job.

“I thought, ‘there’s got to be something better,’” he said. “I built a prototype in a couple of days . . . and eventually we patented it.” Margolin said he hopes to have $1 million in sales by the end of next year.

The brooms are sold in more than 1,000 stores nationwide, including Ace Hardware, and on Amazon.com.