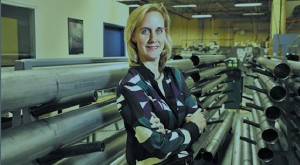 Long Island’s manufacturing sector is producing something relatively new: jobs. Nassau and Suffolk counties combined added 1,300 manufacturing jobs year over year as of January to reach 71,800, increasing by 1.8 percent, according to the U.S. Department of Labor.

“Companies are hiring across the board, even in manufacturing,” Shital Patel, labor market analyst for the Long Island region at the New York State Department of Labor in Hicksville, said.

Long Island’s high cost of living doesn’t help. But local companies are finding ways to grow their business even as costs increase.

Government is providing tax incentives when firms add jobs and expand. Snake Tray and Gundy Powder are getting $250,000 in property tax savings and $21,000 in mortgage recording tax savings as part of a $2.5 million expansion project.

“These are two companies specializing in technologies that are only going to grow more prevalent as time goes on,”

Hauppauge based A & Z Pharmaceutical plans to construct a new building and lease additional space in another building in a $3.2 million project.

The firm, which currently employs 99, expects to add 12 jobs the first year after its expansion and another 12 the following year. It will receive $742,478 in tax benefits.

Although Pennsylvania courted the firm, LIF instead will get up to $500,000 in Excelsior Jobs Program tax credits as it invests $11 million to acquire and outfit a new facility.