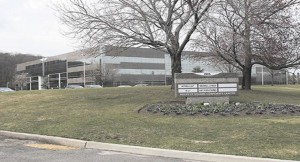 Long Island’s industrial and office real estate markets seem to be heading in opposite directions, according to justreleased first quarter statistics.
A still tight supply of available properties has put a crimp in leasing activity in the area’s industrial market so far this year. There was about 512,000 square feet of industrial space leased in Nassau and Suffolk counties in the first quarter, as reported by Cushman & Wakefield. That’s only a little more than half the 988,000 square feet of industrial leasing activity recorded in Q1 2015.
The largest industrial lease of the first quarter was the 156,000 square feet at 201 Grumman Road West in Bethpage leased to Amazon for its first-ever Long Island warehouse and distribution center. But that deal represented nearly 31 percent of the total activity for the quarter as larger buildings with high ceilings are becoming harder to find.
“The limited supply is starting to reduce the volume of deals,” said Kyle Burkhardt of Cushman & Wakefield Long Island. The slowdown in activity put a damper on absorption. Overall net absorption of industrial space remained a positive 213,000 square feet, but was 17 percent lower than the 255,700 square feet absorbed in the first quarter a year ago. As for industrial property sales, those are down, too. In the first quarter of this year there was a paltry 121,400 square feet in sales to end users, a drop of 75 percent from the 484,000 square feet in end-user sales in Q1 2015.
“Sales should be way down because there’s no product,” said Jeffrey Schwartzberg of Premier Commercial Real Estate. “It’s not for lack of demand. There are plenty of customers out there.”
The demand for Long Island industrial space continues to be driven by end-users from New York City, especially those being displaced from Brooklyn and Queens, where investors and developers are scooping up properties for record prices.
“It’s a great time to be an owner,” Schwartzberg said while discussing the industrial market. “It’s tough to be a buyer or a tenant today.”
As a result, prices for industrial properties here have climbed and are now approaching prices for office properties, which have fallen in the last few quarters. While the customers for industrial properties are almost exclusively end users, the office market is driven by investors who aren’t seeing enough returns from stagnant rents.
“Office rents have remained stable over the last 20 years while operating expenses, real estate taxes and tenant build-out costs have all substantially increased,” said Brian Lee of Newmark Grubb Knight Frank.

“The net operating income has declined putting pressure on prices.”
There’s also a difference in demand, highlighted by the disparity in current vacancy rates–7.5 percent for industrial and 16.6 percent for office.
First quarter leasing activity for Long Island office at just over 75,000 square feet was off a whopping 81.5 percent from Q1 2015, according to Cushman & Wakefield numbers.
One bright spot for the office market is the area’s Class A vacancy rate, which has trended lower during the past year. Long Island’s Class A vacancy rate was 13.1 percent in the first quarter of 2016, down significantly from the 16.2 percent vacancy rate of a year ago, according to JLL. However, in contrast to the lack of available industrial properties, there are plenty of office buildings for sale here.
“There are more office buildings coming on the market,” said Tom Attivissimo of Greiner-Maltz of Long Island. “And office prices are dropping to where the price per square foot is the same as for industrial.”
While acknowledging that the Island’s overall office market is somewhat challenged, broker Don Catalano of Optimize Realty is optimistic that an improving economy and higher employment are stabilizing factors.
“There are significant pockets of vacancy in Melville and in Hauppauge,” Catalano said, “but we expect that these will be absorbed over the next 12 to 18 months if conditions remain the same.”