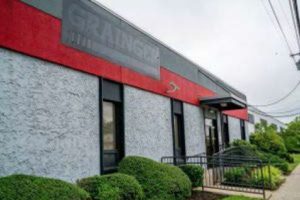 The company, which has 128 full-time employees, was approved this week by the Nassau County Industrial Development Agency for tax benefits. The company had said it was also considering a move to South Carolina.
Keystone is buying a 21,800-square-foot warehouse building at 2040 Jericho Tpke. from W.W. Grainger Inc., an industrial supply company, and plans to lease a 48,750-square-foot building at 55 Denton Ave.

The Denton Avenue building is “essentially around the corner,” Peter Curry, an attorney with Farrell Fritz representing Keystone, said Tuesday. The company intends to relocate all of its employees to the new sites within its first year on Long Island. Keystone did not say how many new employees it was planning to add after completing the move, but said that it expects to grow its workforce, and that estimated average wages for employees would be $58,600 annually.

“New York City is not working with businesses in manufacturing,” Troy David, president of Keystone, said of his decision to move east. After “aggressively” looking at South Carolina, David said he was lucky to find suitable buildings in Nassau, and that the IDA benefits will help “with my cost certainty for the next 10 to 15 years.”
The IDA approved the project for a sales tax exemption of up to $41,562; $30,240 off the mortgage recording tax; and a 10-year deal on property taxes with a 5-year extension option. Property taxes will be frozen for the first seven years, and will increase by 1.56 percent a year after that.
“I’m delighted the IDA was able to bring this company to Nassau County,” IDA executive director Joseph J. Kearney said.