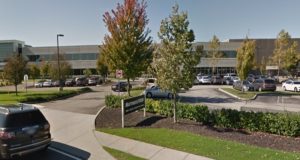 The 450,000-square-foot building on nearly 19 acres at 1000 South Oyster Bay Road was opened in 2009 and housed more than 500 employees of mattress retailer Sleepy’s, which was acquired by Houston-based Mattress Firm for $780 million in 2015. Mattress Firm was then bought by South African retail conglomerate Steinhoff International Holdings in a $3.8 billion deal in 2016.

Mattress Firm still occupies 350,000 square feet of warehouse space at the building, which was built by Bethpage-based Steel Equities and an LLC controlled by David Acker, the former owner of the Sleepy’s chain. But Mattress Firm no longer needs the 100,000-square-foot office portion of the building and has already vacated the 50,000 square feet being leased to South Nassau.

The Nassau County Industrial Development Agency, which provided economic incentives for the building’s original development, will need to approve the ownership transfer and new lease terms. The item is on the IDA’s agenda for its meeting Tuesday.

South Nassau will be using its new space for back-office operations. 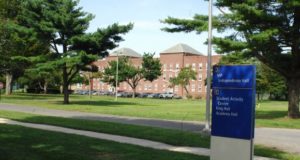 A Long Island developer is pitching a plan to build a new industrial park on the vacant New York Institute of Technology’s 90-acre property in Central Islip.

Bethpage-based Steel Equities is buying the former campus from NYIT and is proposing to develop 10 industrial buildings on the site just east of Carleton Avenue. Terms of the deal haven’t been disclosed. Executives from Steel Equities, who haven’t responded to a request for comment, have recently met with representatives of local civic groups and the Central Islip Fire Department to discuss its proposal and seek community input. The site has about 20 older brick buildings on it, many of which will need to be demolished to make way for the redevelopment. The property will also need to be rezoned by the Town of Islip to accommodate the industrial park.

A town spokeswoman declined to answer questions about the Steel Equities plan and instead emailed a statement from Ron Meyer, Islip’s commissioner of planning and development.

“We are enthusiastic about facilitating the economic revitalization of the 113-acre vacant NYIT campus,” Meyer said in the statement. “A thorough public outreach process will guide the development of a new land-use plan for this area. The town planning department is committed to involving all stakeholders to participate in establishing the vision of what the subsequent redevelopment will entail.”

Debbie Cavanaugh, president of the Central Islip Coalition of Good Neighbors, said she thinks Steel Equities will do “a fine job” in developing its plan, though some issues linger.

“I’m concerned about the truck traffic,” she told LIBN.

Trucks servicing the proposed industrial park would have to travel 3.3 miles along Carleton Avenue and Wheeler Road to get to the Long Island Expressway.

Cavanaugh added that she’d like to see one of the NYIT buildings, Robbins Hall, transformed into a fine arts venue and would also want the redevelopment plan to incorporate a walkable downtown area with restaurants.

Formerly occupied by the state’s Central Islip Psychiatric Center, NYIT bought more than 500 acres of the 750-acre site in 1984 for the bargain price of $7,000 an acre to establish a Suffolk County campus. As part of the sale’s covenant, a portion of the property could only be used for medical or educational use. Less than 10 years after they purchased it, the school began selling off large chunks of the site for commercial development.

Since then, NYIT donated about 100 acres to the county for its Cohalan Court Complex and sold about 300 acres to various developers, creating more than 1,000 units of housing, an industrial park, a nine-hole golf course, a baseball stadium for the Long Island Ducks, two hotels and a retail center.

Though NYIT continued to hold courses at its shrinking Central Islip property, the school hasn’t operated a full college campus there since 2005 and has been trying to sell most of the remainder of the site for the last several years.

An NYIT spokeswoman said after the sale to Steel Equities, the school will retain 13 acres on the west side of Carleton Avenue, and continue to operate its Family Health Care Center at 267 Carleton Ave., though she said she couldn’t provide any further details of the plan or the sale.

Developer Ron Parr of Ronkonkoma-based Parr Organization, which developed the 560-unit Park Row townhome community and some 300,000 square feet of industrial space of the former NYIT land, funded the $1.5 million master plan for the NYIT property in 1989. Parr said he also supplied the sewer and water infrastructure for much of the NYIT site and gifted $2 million to the school for its plans to renovate Robbins Hall, though NYIT never went ahead with the project.

Parr said he offered NYIT $40 million for 150 acres of the Central Islip property about eight years ago, but the deal didn’t come to fruition. Based in Manhattan, NYIT also has campuses in Old Westbury, Jonesboro, Ark., Canada, United Arab Emirates and China, according to its website. 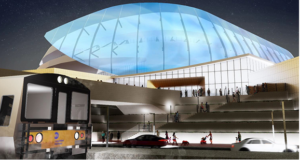 The Suffolk County Legislature voted Tuesday to approve a memorandum of agreement for redeveloping about 86 acres of municipal-owned property on the south side of the Ronkonkoma Long Island Rail Road station.
The MOA was approved 14-3 with 1 abstention.

A development team headed by Jones Lang LaSalle will become the master developer for the project that would transform the site, now mostly used for commuter parking, into a mix of entertainment, hospitality and medical research uses.

The JLL team, which includes a Chicago-based investment group called Ronkonkoma Vision Project, Woodbury-based Cameron Engineering, Crawford Architects and venue management company Spectra, was selected by the county and the Town of Islip in April after answering a request for qualifications to reimagine the site located between the LIRR station and MacArthur Airport. 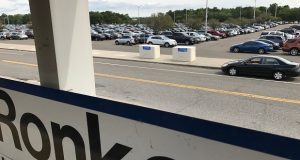 According to the MOA, the development team for the south side will have eight months to come up with a final plan and “complete due diligence activities with respect to the feasibility” of the project, including “financial, market, construction, environmental, property ownership, and other aspects of the project.” If the developer decides to go forward with the pan, the term of the MOA can be extended for six more months.

Redevelopment of the property has been supported by the Ronkonkoma Civic Association which conducted a visioning of the site with the Regional Plan Association that began in 2016. The redevelopment on the south side of the LIRR station is aimed at complementing the ongoing Ronkonkoma Hub project, where Tritec Real Estate is bringing 1,450 residential units, 195,000 square feet of retail space and 360,000 square feet of office and commercial space to about 50 acres on the north side of the train station.

Long Island Association Vice President Matthew Cohen sent a letter of support for the proposed development to the Suffolk Legislature before the Tuesday vote.

“With development on the north side of the Long Island Rail Road tracks and renewed efforts to enhance the LIRR station and realize the full economic potential of the airport, the south side of the Ronkonkoma Hub could be a transformative project for the entire region…thus the LIA supports the continued study of Jones Lang LaSalle’s proposal for the south side of the LIRR tracks in order to determine what the market will support there,” Cohen wrote. 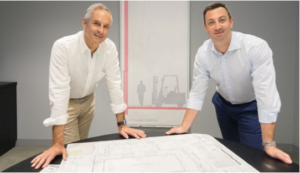 After a lengthy approvals process, a project to create a new industrial building in Hicksville is set to begin.

The plan for a 43,000-square-foot industrial building on about 3 acres of mostly vacant land at 400 West John St. first ground-up development for Jericho-based Sanders Equities.

Originally pitched for residential condominiums by the site’s previous owner, who had already gotten approvals fro Town of Oyster Bay for the project, Sanders Equities purchased the property in 2015. The company owns more th million square feet of mostly industrial space on Long Island, about 100,000 square feet of which is on West John near its new development site.

Sanders decided an industrial use made the most sense for the property, especially in light of the area’s tight indu market, where a dearth of supply and increasing demand have combined to create a need for new modern facilitie
“We’re creating something that addresses today’s operational needs and for the future,” said Jordan Sanders, a co principal and son of its founder Art Sanders.

The new building will have ceiling heights of at least 30 feet and no columns for maximum flexibility. It was design the company’s in-house architecture team of Ted Pupilla and Nick Ernst.

Al Centrella Jr., Sanders’ in-house leasing director, is currently in discussions with prospective tenants. He said the building can be leased by a single tenant or multiple tenants. Asking rent for 400 West John will range between $ $19 per square foot. The company plans to start construction on the building this summer and expects it to be fin around the end of the year.

The Sanders project will be the second new industrial building in the neighborhood. Just a couple of blocks away, Rutherford, N.J.-based Lincoln Equities Group is planning to build a 195,000-square-foot warehouse and distributio facility on a 9-acre site on Duffy Ave. The Lincoln Equities project is scheduled to be completed in the second qua 2019.

There should be strong demand for both new projects, as Long Island’s industrial market continues to be ithehott commercial real estate sector. The industrial vacancy rate in the first quarter of the year dropped to 3.1 percent o Island and an even lower 2.9 percent in Nassau County, according to a report from Colliers International. The ave rental rate for Long Island industrial properties in Q1 was $11.36 per square foot, a whopping 9.2 percent rise fro previous quarter, while the average rent in Nassau hit $12.01 per square foot.
Art Sanders founded Sanders Equities in 1999 after serving as president of Spiegel Associates for 16 years. His so Jordan, a former analyst for institutional and private equity real estate investors, joined the firm in 2012. Since the company has focused on updating its portfolio, which is about 80 percent industrial and 20 percent retail and abou percent occupied.

“We’re trying to make a shift into properties that are more current,” Art Sanders said.
Sanders also owns the 5,000-square-foot shopping center next to the Hicksville project site, which it may eventua redevelop as well. The company is also working on another new ground-up industrial building of about 125,000 sq feet in central Nassau that still needs to get through the approvals process.

“We have confidence in this market,” Jordan Sanders said.

His dad echoed that sentiment and said the Hicksville project represents a new beginning.